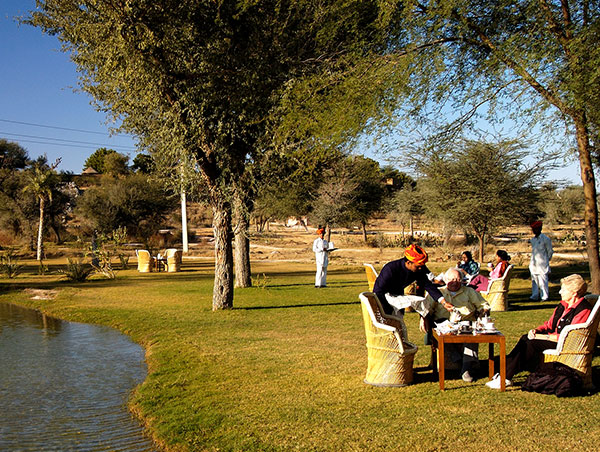 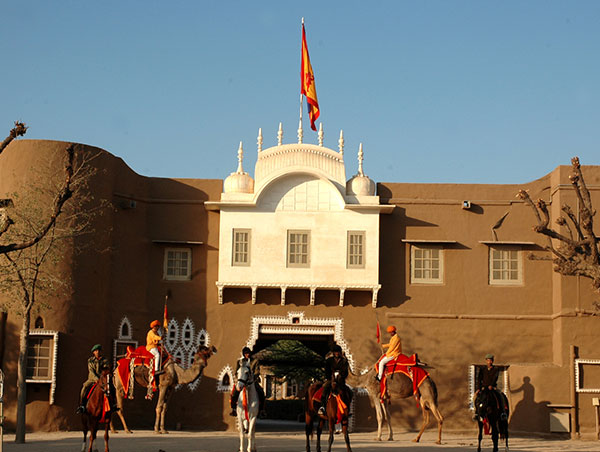 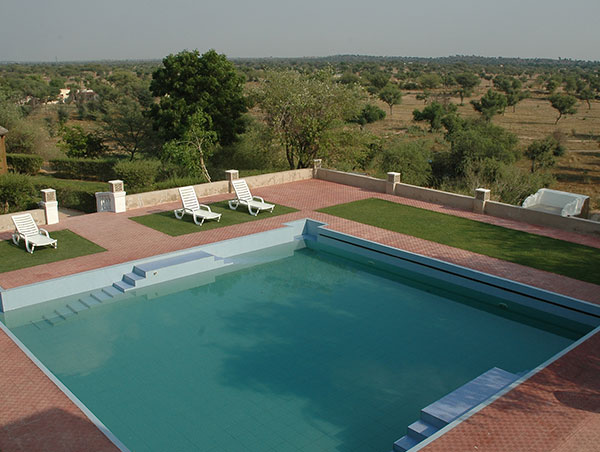 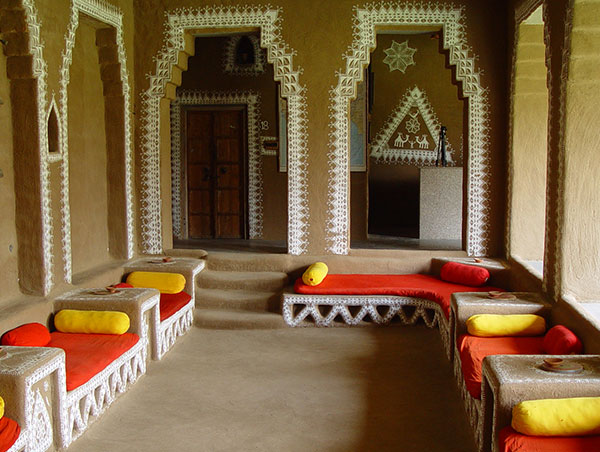 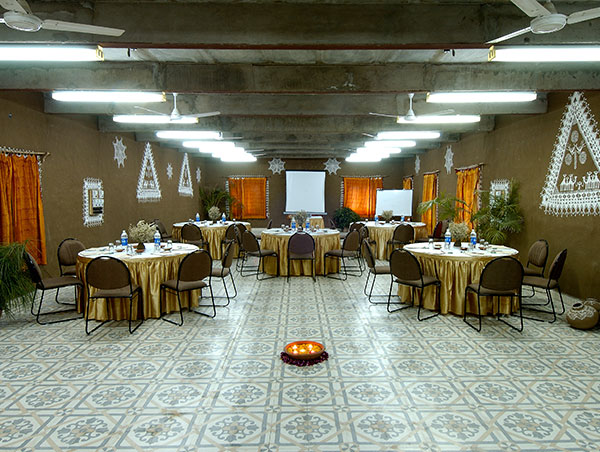 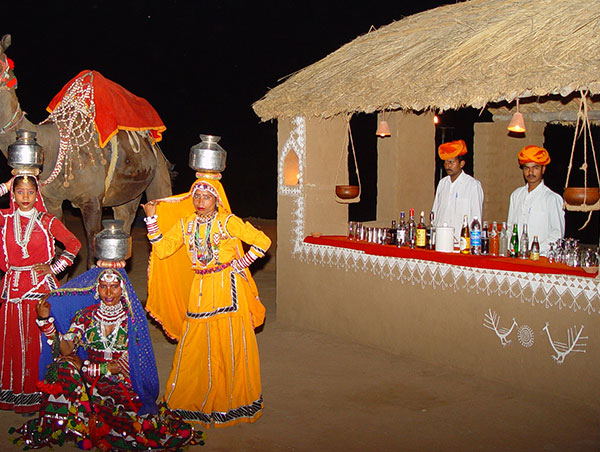 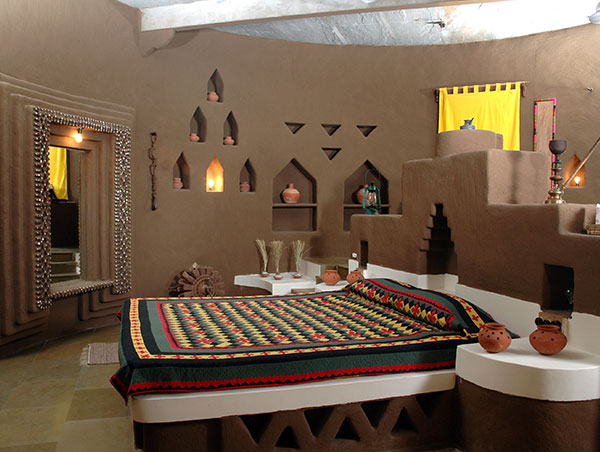 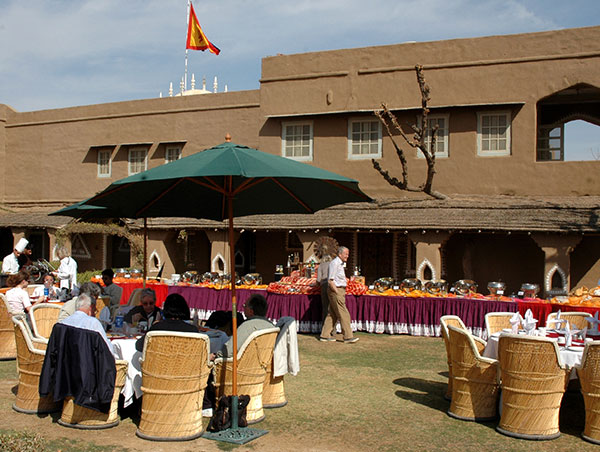 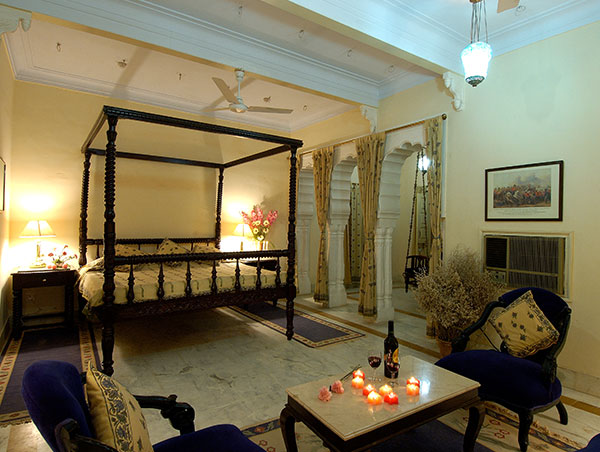 Day 1: Arrive Mumbai
Upon arrival at Mumbai airport you will be met and transferred to your hotel. 14:00 Hrs: Standard check in time. The rest of the day is at leisure.

Day 2: Mumbai
Today our tour guide in Mumbai will tell you all the beautiful stories and history linked with Colonial & Tourist sites.

Excursion by boat to Elephanta Caves (Closed on Mondays) – a UNESCO world Heritage site. It lies 10 km north east of Apollo Bunder and is the glorious abode of Lord Shiva (the destroyer God as per Hindu mythology). The island is famous for its great cave shrine, excavated in the sixth century, dating back to the period, when the island was known as Gharapuri, the Fortress City. With the arrival of the Portuguese, the island was renamed Elephanta, after the huge carved elephant, they found at the place where they landed.

Your tour starts right at The Gateway of India, - one of India's most unique landmarks, which is a major tourist attraction for visitors. This colossal structure was finished in 1924 and was built to commemorate the landing in Bombay, as Mumbai was then known, by King George V and Queen Mary on their first ever visit to India in 1911.

Next stop is the Hanging Gardens - these are perfectly manicured terraced gardens on the slopes of the Malabar Hill. From here you can enjoy a panoramic view of the sweeping Chowpatty Beach and impressive Marine Drive. The Hanging Garden serves as a picturesque retreat for the people of Mumbai who are looking for an escape from the bustle of the city. These are terraced gardens that sprawl across the slopes of Malabar Hill, hence the name ‘Hanging Gardens’.

Then on to Mani Bhawan, a simple old-style, two storied building on Laburnum Road in Mumbai. Whenever Gandhi was in Mumbai between 1917 to 1934, he stayed here and it is now converted into a museum and research centre.

Dhobi Ghat is known as the world’s largest open air laundry, with around 700 ‘washing pens’, where the washers, locally known a Dhobis, work in the open to wash and dry their clothes and linen. Built by the British over 150 years ago it is now being updated to include machines for the first time.

Marine Drive - also known as the Queen's Necklace, is a 3 Kms long boulevard in South Mumbai. It is also known as the world’s largest viewing gallery and hence regularly hosts a number of events that take place along the promenade.

Day 3: Mumbai to Udaipur by flight
Today you will be transferred to Mumbai airport in time to board your flight for Udaipur. You will be met on arrival at Udaipur airport and transferred to your hotel. Udaipur is the most romantic city of Rajasthan and an inspiration for poets, painters and writers. A kaleidoscope of fairytale palaces, lakes, temples, gardens and narrow lanes. The rest of the day is at your leisure.

Day 4: Udaipur
After breakfast you will enjoy a half day city tour:

City Palace:
The city palace was built in 1725 with various palaces inside it such as Dilkush Mahal, the palace of Krishan Moti Mahal, Sheesh Mahal all ornately decorated. The museum in City Palace contains incomparable historic and artistic heritage which dates back to 14 century.

Jagdish Temple:
Dedicated to Vishnu, the preserver, this temple was built by Maharana Jagat Singh in 1651.

Saheliyon Ki Bari:
The Garden of the Maids of Honour, a most serene place in Udaipur, designed by Maharana Fateh Singh. It consists of beautiful lawns, gardens and fountains, a retreat for the ladies of the household, Rana Pratap Smarak.

Sajan Niwas Gardens:
Overlooking the Fateh Sagar is the Moti Magri (Pearl Hill) on which is a statue of Maharana Pratap on his famous horse Chetak. Local guide claim that he jumped an abyss of extraordinary width in the heat of the battle even after losing one leg! The path to the top winds through some attractive gardens.

In the afternoon you’ll experience a boat ride on Lake Pichola. This beautiful lake derives its name from the nearby village of Picholi. Udai Singh built a dam and from then on the lake has become a gathering place for more than two hundred species of migratory and resident birds.

Day 5: Udaipur
Day at leisure to explore Romantic city at your own pace.

Day 6: Udaipur to Jodhpur by surface (approx. 295 kms, 6-7 hrs)
This morning, after breakfast, you’re driven from the City of Lakes to the ‘Blue City’ of Jodhpur. Enroute we’ll visit the Jain temple at Ranakpur - This exceptionally beautiful Ranakpur complex is one of the largest and most important Jain temples in India. 60 Kms north of Udaipur it lies in a remote valley of the Aravalli range and is an important destination for Jains and tourists alike. Upon arrival at Jodhpur, check in to your hotel.

Jodhpur Mehrangarh Fort:
It is located atop a 125 m high hill. The magnificent Mehrangarh Fort is the most majestic and one of the largest forts in India. The construction of the fort started in 1459. The walls of the fort are up to 36 m high and 21 m wide; they enclose some exquisite structures. The fort museum houses an exquisite collection of palanquins, howdahs, royal cradles, miniatures, musical instruments, costumes and furniture. The rampart of fort not only has excellently preserved cannons but also gives a breathtaking view of the city. Kipling once remarked, the fort seems to have been built by giants and not by ordinary people.

Jaswant Thada:
an architectural landmark. It is a white marble memorial built in 1899 in memory of Maharaja Jaswant Singh II. The monument, in its entirety, is built out of intricately carved sheets of marble. These stones are extremely thin and polished so that they emit a warm glow when the sun's rays dance across their surface. Within this cenotaph, there are also two more tombs.

To round off your day you’ll experience an evening Tuk Tuk ride.

Day 8: Jodhpur to Jaipur by surface (approx. 350 kms, 7 - 8 hrs)
Today after breakfast you will drive from Blue city to Pink city Jaipur, the famed ‘Pink City’ and the capital of Rajasthan known for its palaces, three hill forts and a shopper’s paradise.

Day 9: Jaipur
Morning excursion to Amber - capital of the old state of Dhundhar, located on the rugged hills that surround Jaipur. Ride the colourfully painted elephants up the hill, admire the massive gateways, courts, stairways, pillared pavilions and palaces that recall the glory and wealth of Amber’s association with the Mughals.

During the afternoon visit the City Palace (still houses the erstwhile Royal family); Jantar Mantar - the Royal Observatory and Hawa Mahal (Palace of Winds) - built for the royal ladies to watch the activities on the market street below without being observed themselves.

Day 10: Jaipur to Mandawa by surface (Approx. 180 kms, 4 hrs)
Today after breakfast you will drive from Jaipur to Mandawa, an ideal base to explore the legacy of the 18th century frescos that adorn the 'Havelis' of this storybook town.

Day 11: Mandawa
Full day sightseeing tour the towns of Shekhawati with their amazing painted havelis. Such is the appeal of these havelis that this region is bubed as “open art gallery of Rajasthan.” The havelis are noted for their frescos depicting mythological themes and that of huge animals.

Day 12: Mandawa to Delhi by surface (Approx. 265 Kms, 6 Hrs)
After breakfast you will drive from Mandawa to Delhi. Upon arrival at Delhi, check in at your hotel. Rest of the day at leisure.

Day 13: Delhi
Full day sightseeing tour of Delhi. You will get a feel for this city as you explore its historic sights. Raj Ghat which is located on the banks of the river Yamuna, This is Mahatma Gandhi’s Memorial, where he was cremated following his assassination in January 1948. Opposite the Red Fort lies Jama Masjid made of red sandstone and white marble, completed in 1656. It is India’s largest mosque. Explore the bustling cultural delight of the colourful market on the 'cycle rickshaw' for a unique experience from the Red Fort, through "Chandni Chowk" or Silver Street, experiencing the sights and sounds of this very busy avenue-heading west from the Fort. You will take a view of Red Fort – the 17th century imposing fortress built in red sandstone is surrounded by a huge boundary wall 33m high. Inside are exquisite palaces and beautiful gardens.

Afternoon you will head into New Delhi, visiting Humayun’s Tomb, an impressive garden tomb with high arches and a double dome, built by his wife Haji Begum in the 16th Century. An early example of Mughal architecture considered the predecessor of the Taj Mahal. Then continue on to the wonderful Qutab Minar - the landmark of Delhi, the beautiful grounds feature the well preserve a huge tower of victory standing over 72 meters. You will drive on to Rajpath and through to India Gate and the Lutyens Delhi with its tree lined boulevards leading to the British Viceroy’s Palace (Rashtrapati Bhavan) now the official residence of the President of India, the Secretariat, India Gate and Parliament House.

Day 14: Delhi to Onward journey
Breakfast at hotel. 12:00 Noon Standard check out time. You’ll be transferred from your hotel to Delhi airport in time to board the flight to onward journey.