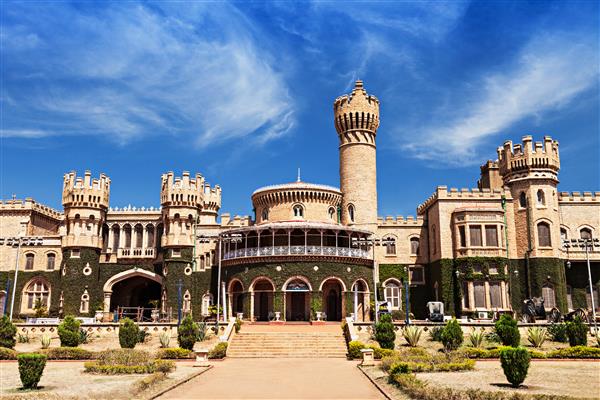 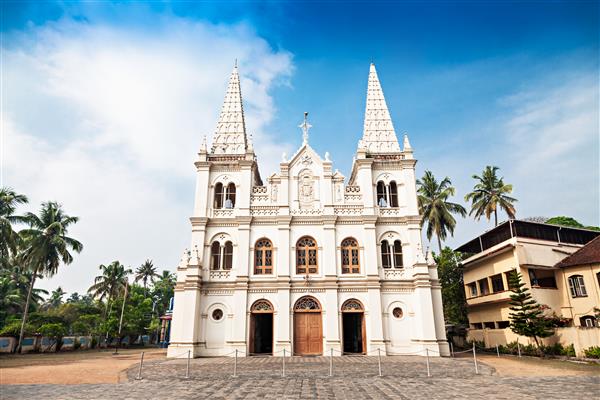 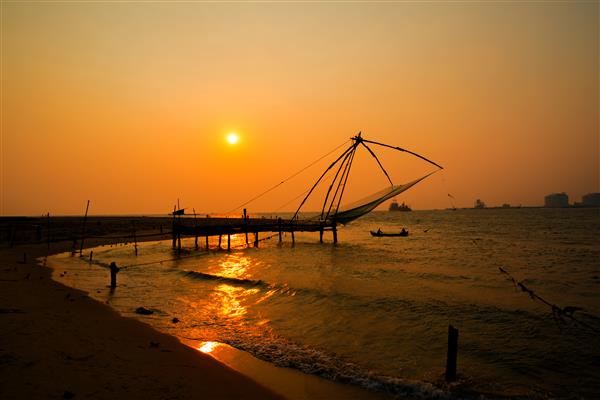 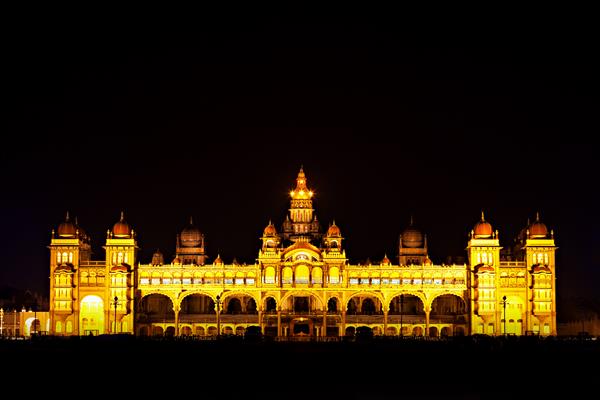 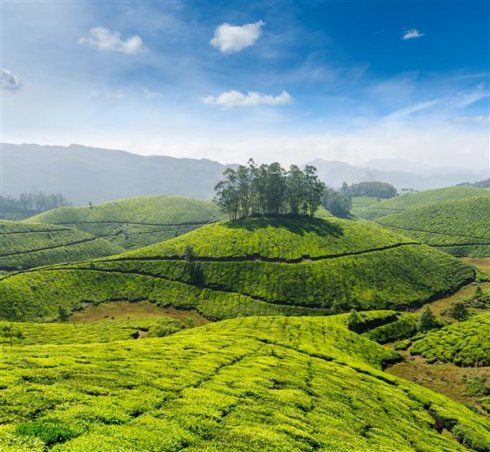 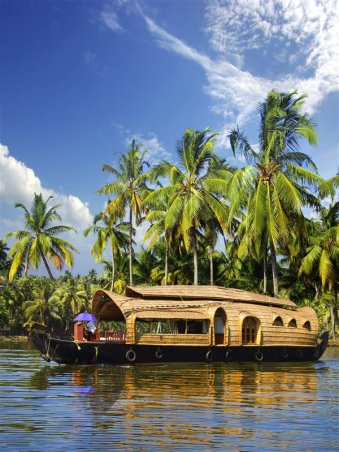 Explore the true delights of two of South Indiaâ€™s most welcoming states with this tour.Dividing these two states are the Western Ghats, an imposing ridge of spectacularly beautiful mountains which we will explore from both Wayanad on the Keralan side and spice plantations on the Karnataka side.
Day 01 London Heathrow to Dubai by flight EK-2:1415-#0015 hrs
Day 02 Dubai to Bangalore by flight EK-564:0330-0905 hrs
0015 hrs: Arrive Dubai to board flight for Bangalore departs at 0330 hrs
0905 hrs: Arrive Bangalore

Upon arrival at Bangalore airport welcome, meet and assist by our representative and transfer to your hotel
Bangalore is the capital city of the Karnataka. Located on the Deccan Plateau. It is home to many well-recognised educational and research institutions in India. Bangalore is known as the Silicon Valley of India beacuse of its positon as the nation\'s leading IT exporter.Bangalore is a major economic and cultural hub and the second â€“ fastest growing major metropolis in India.

Enjoy sightseeing tour of Bangalore
The Bull Temple â€“ Constructed in the 16th Century- It has been named after the gray granite sacred bull Nandi, carved out of a single block. Vidhan Soudha â€“ It is a four storied building. It houses the state Legislative Assembly and part of the Secretariat. The main feature of this building is its architectural style- acombination of traditional and modern styles. The building is illuminated on Sunday evenings. Lalbagh â€“ A Botanical Garden spread over 240 acres. It was originally called Lalbagh because the garden had a profusion of red roses. It also has a greenhouse with a collection of unusual flora. Gavipuram Cave Temple â€“ Devoted to Lord Shiva. A special feature is that on a particular day in the month of January, a ray of sunlight penetrates and strikes the â€˜Lingaâ€™ in the sanatorium.
Overnight stay at hotel

After breakfast travel by road to Mysore visiting Srirangapatnam - the 18th century Summer Palace of Tipu Sultan Sri Rangapatnam (16 km) is built on an island in the Cavern River is famous for the Ranganatha temple and the â€˜Summer Palace of Tip Sultanâ€™
Later continue drive to Mysore - the capital of the erstwhile princely state, has a profusion of places and museums. Mysore has a long history of eminent dynasties who ruled from here and created a city that, even today, is one of the finest in southern India with tree-lined boulevards, beautiful gardens, parks and stately palaces.
Upon arrival at Mysore, check in at hotel
Overnight stay at hotel

After breakfast enjoy city tour of Mysore visiting Somnathpur (38 km) has a magnificently carved temple which is the best-preserved most complete monument of Hoysala architecture. City Sights of Miser include The Zoological Gardens. Miser has one of Indiaâ€™s better kept zoos. set in pretty gardens on the eastern edge of the city centre. The Chamundi Temple- Overlooking Miser from the 1062 m summit of Chamundi Hill, the Sri Chamundeshwari Temple and monolithic Nandi (Bull) makes a pleasant half-day excursion. Pilgrims are supposed to climb the 1000-plus steps to the top, but those not needing to improve their karma go by car. The temple is dominated by a towering seven storey, 40 m high Gopurams and Mysore Maharajaâ€™s Palace.
Overnight stay at hotel

Today after breakfast travel by road to Kabini An ancient land moulded by modernity but also strangely left untouched by it. The name says it all â€“ an anglicised version of a word that takes one back centuries into ancient Indiaâ€“ Kapila! And like ancient India this is a land of myths, legends, history and pristine wilderness. A place where sages were born and mythical characters sought and found refuge.Upon arrival at Kabini, check in at hotel
Overnight stay at hotel

Today after brekfast travel by road to Wayanad â€“ The etymology of the word Wayanad is Vayal (Paddy) Naad (Land); â€˜Lad of Paddy fieldsâ€™, There are many indigeneous tribal in this area. It is set lofty of the majestic Western Ghats with altitudes ranging from 700 to 2100 Metres above
Upon arrival at Wayanad, check in at hotel
Rest of the day at leisure and Overnight stay at hotel

Both days at leisure and Overnight stay at hotel

Today after breakfast travel by road to Kozhikode also know as Calicut a town with a long recorded history. From time immemorial, the city has attracted travelers with its prosperity. It has traded in spices like black pepper and cardamom with Jews, Arbas, Phoenicians, and Chinese for more than 500 years. Upon arrival at Calicut, check in at hotel
Rest of the day at leisure and Overnight stay at hotel

Day at leisure and Overnight stay at hotel

Today after breakfast travel by road to Cochin â€“ the Gateway to Kerala was once an important spice - trading route on Arabian Sea where Vasco D Gama landed in 1498 and boasted that he has come for soul and spices. Kochi is virtually the spice capital of world from where Portuguese were exporting10,000 kilo of spices to east-indies and other countries and has derived it name from Calico-the famous fabric manufactured in this town. Kochi also forms the part of emerald isle of India. Harbour Cruise of Kochi is very much popular. With one of the finest natural harbours in the world, Kochi was once a major center for commerce and trade with the British, Arabs, Chinese, Portuguese, and Dutch etc.
Upon arrival at Cochin, check in at hotel
Rest of the day at leisure and Overnight stay at hotel

After breakfast you will proceed for city tour of Cochin visiting the Dutch Palace (Closed on Friday) â€“ The place has a fine collection of mural paintings depicting the scenes from the Hindu epics Mahabharata & Ramayana, Jewish Synagogue (Closed on Saturday) â€“ the oldest synagogue in the world is magnificently decorated by Chinese tiles and Belgian chandeliers, was built in 1568. St. Francis Church: is the oldest church built by Europeans in India & Huge, elegant Chinese fishing nets that line the tip of Fort Kochi.Evening you will Witness the Kathakali Dance Show.
Kathakali is the classical dance-drama of Kerala dates from the 17th century. Kathakali recitals are drama and are danced with elaborate mask s and costumes. They are emotive and narrative, while other dance forms have either one of them. The dancers use their stunning costumes and make-up, with the accompaniment of drums and vocalists, to create various moods and emotions.
Overnight stay at hotel