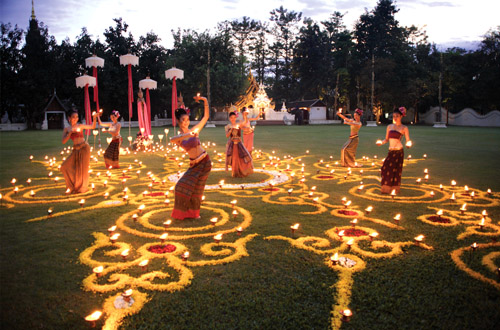 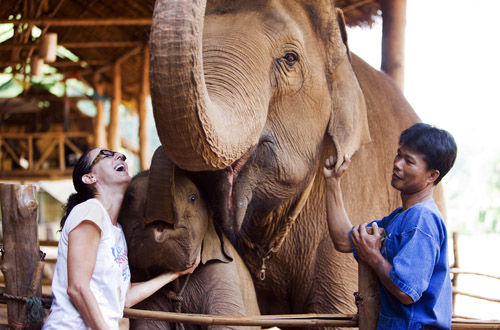 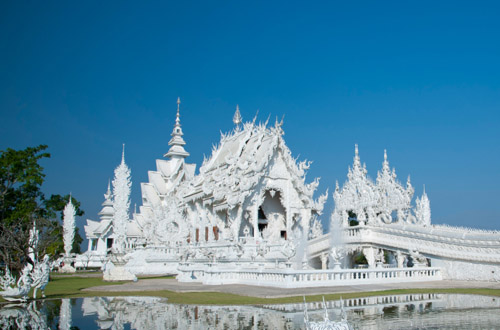 Two peaceful and rejuvenating Northern retreats. Chiang Mai, Thailand\'s second city, seems almost village-like after the hustle of Bangkok. The old city is surrounded by an ancient moat with much of the walled enclosure still intact. Tourist and dining attractions and excellent nightlife exist in profusion along with a range of superb antiquities. A major draw for most visitors is the city\'s ever-present night market with its many bargains readily on show. Lying to the north-east of Chiang Mai, the settlement of Chiang Rai is a semi-remote regional gateway to the Golden Triangle region which borders Laos and Burma. Chiang Rai is home to hill-tribes, colourful markets, scenic trekking excursions, stunning vistas and many working elephant camps offering elephant trekking opportunities in which the visitor can participate.

By Air - International and domestic arrivals fly into Chiang Mai International Airport. Prominent airline partners include Thai Airways, Bangkok Airways, Air Asia, Silk Air, Mandarin Airlines, Lao Airlines and Air Mandalay.
Getting Around - Taxi services, and public bus services serve Chiang Mai airport, linking it with the city centre. Metered taxis and Tuk-tuks are readily available in the city centre and nearby surroundings. Cycles and motorcycles for available for hire from reputable locations in the city.

North Thailand has three distinct seasons:
The Hot (Summer) Season extends from March through May. Daytime temperatures can be unbearably hot during this period.
The Rainy Season, from May through October.
The Cool (Winter) Season, from November through February.
With regard to weather, the most pleasant time to visit the north is the cool season between November and February when rainfall is negligible, humidity is relatively low, and temperatures are mild (warm days and cool nights).